His most important motto:
"I have come to create teachers, not to gather students"

Harbhajan Singh Khalsa Yogiji, better known as Yogi Bhajan, was born in current Pakistan. His spiritual journey started at age 7 and at the age of 16 he was being recognized by his teacher Sant Hazara Singh as Master in Kundalini Yoga.

In 1968 Yogi Bhajan left for Canada and the United States, where he broke the ancient code of secrecy and began teaching Kundalini Yoga openly in 1969. This dynamic and powerful yoga science had been kept and conserved as a secret tradition in India. Yogi Bhajan is also being granted the status of Mahan Tantric, the only Master who can teach White Tantric Yoga.

To house his teachings and support the international community he founded the 3HO "Healthy, Happy, Holy Organisation". As a spiritual leader Yoga Bhajan met with Pope John Paul II and worked with the Dalai Lama to foster world peace.

"In me, I have found only one reality that Ibreathe in and I breathe out. And so anything that
breathes in or out is reality. When I found this as a reality in everybody,
I found myself in everybody and everybody in myself."
Yogi Bhajan 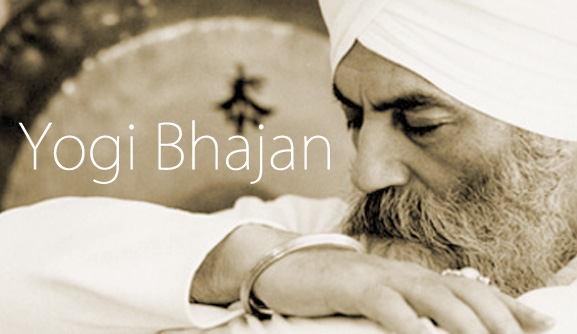 Your payment takes place in a safe environment