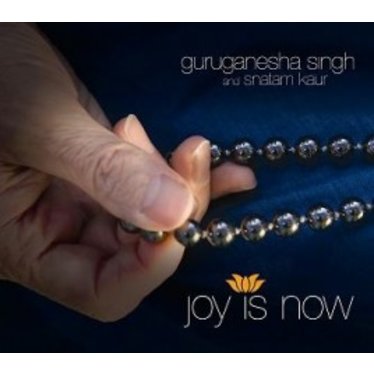 Guru Ganesha Singh zegt over het openingsnummer “Peace Has Begun”:
"When Snatam and I finished our concert at Golden Bridge in LA in 2007, a man named Steve Robertson came and introduced himself to us. He’s a devotee of sacred music and founded Project Peace on Earth to put on sacred music concerts around the globe in September 2009 with artists like Sting, Madonna, Paul McCartney, and Julian Lennon performing sacred music for peace. Steve was deeply moved by our concert and said he wanted us to participate in this upcoming event. He called it Peace Has Begun. While I was recording my album, Steve invited me to stay with him. We started talking about the Peace Has Begun movement which is afoot amongst people from all walks of life and will not stop until there is a world-wide enduring peace in every nook and cranny of this planet. This album is dedicated to that movement. I have total conviction that peace is breaking out all over the planet and that I will see a complete and abiding peace across the globe in my lifetime. This album is a testament to my belief that Peace Has Begun."

Over Hari Om Chant zegt Guru Ganesha Singh het volgende:
"In 1974, Yogi Bhajan arranged a lunch for Swami Satchidanda and his community in Georgetown. During this special meeting, Yogi Bhajan told me to put together a chant with sacred words from both of our traditions. I quickly came up with this melody, and began chanting it. Soon, musicians from both groups joined in, and we chanted our hearts out. After about 30 minutes of chanting, I signaled the musicians to finish the chant, and Yogiji waved his arms at us to keep going. The next time we tried to stop, Swamiji signaled for us to keep going. They wouldn’t let us stop. After about 2 ½ hours, everyone spontaneously stopped chanting at the exact same moment with no cue of any kind. In the silence, a booming belly laugh roared through the room, and I saw both Yogiji and Swamiji laughing a deep laugh, looking at each other as though they had accomplished exactly what they had set out to achieve for the day. When I chant Hari Om, I am always taken back to that day."